She secured her Diploma in Interior Designing from Nirmala Niketan Mumbai in 1979. She is also the student of Sir J.J.School of Art Mumbai from where she passed her A.T.D.in 1981 & G.D.Art in 1983. She carries a rich exposure of working in different forms of art viz, oil, watercolour, ceramics, glass painting, fabric painting, etc.

Swapna was born in Mumbai on 30th September and completed her entire education in the field of her interest as stated above in Mumbai itself. She was awarded Merit Scholarship during her entire education. She worked as a textile designer and interior designer while completing her graduation. After marriage she moved to various places in Maharastra and had gathered the flavor of experience in teaching and practicing in different forms of art. She has worked in few schools as an art teacher in Aurangabad and was the visiting faculty in Yashwant Kala Mahavidyalaya (School of Arts) Sangli.

She had several solo exhibitions of her paintings and art-work during 1989 to 1996 at Aurangabad. She exhibited her work in a group show at J.Art Studio, Aundh, Pune between 6th Feb 2008 to 12th Feb 2008. J.Art Studio again exhibited her work at their new branch at Balewadi, Pune between 21st Jan 2009 to 27th Jan 2009. Between 26th Feb 2009 to 28th Feb 2009 she participated in a group show of her paintings at Balagandharva Kaladalan, Pune. She has participated in a group Show” Chatak” in Aug.2009 organized by Chitari Academy of Fine Art Pune.Recently she participated in one more group show organized by Pune Women’s Council at Balgandharva Kaladalan in Nov.2009.She had the opportunity to display her work in a Group Show at Jahangir Art Gallery Mumbai in June.2013. She is a member of Women Artist Group Pune ,where in she has been actively involved in promoting the objective of presenting the invaluable work of her Team mates. In Nov 2014 the first group exhibition was conducted at Balgandharva Kaladalan where paintings of the group were exhibited. She had a solo exhibition of paintings  at Atlantis Wanorie Pune,& at Trident Oberoi Mumbai in May-June.15.

Last several years she has been actively involved in promoting the art form through her own “Kalasadhana”. She conducts regular coaching, vacation camps to art loving children and students of different age groups and prepares them for  National level Art contests and government grade examinations.
Another feather in her cap is the permanent display of her wall paintings at five proud  homes in Pune.
Swapna was awarded 2nd prize in MOOD INDIGO, painting competition IIT, Pawai, Mumbai. And also awarded “Kalashree Puraskar “in 1996 and “Best Drawing Teacher” in 1998 & 1999 by Bharatiya Manav Samaj Vikas Kendra Aurangabad.
Also in 2008 she was felicitated by Navneet Publications Pvt Ltd for her efforts to motivate the students of her Institute “Kalasadhana” to participate and win prizes in the competition.
She has been an active member of Women Artist Group Pune

Currently she operates her “Kalasadhana” 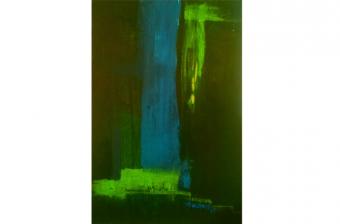 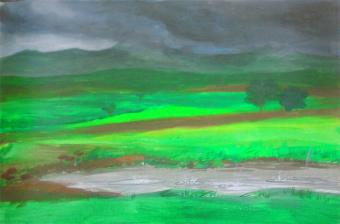