After over a decade long career in  the corporate world, in the sectors of hospitality and later a multi national, I realized that I couldn’t ignore my childhood passion any more .  Art has been an enjoyable form of self expression for me since childhood.

Ever inspired by the spaces I inhabit, the places I visit and the people I meet, I enjoy freeing the captured images in my mind onto canvas. I delight in reproducing the play of light and shadow, mood and expression, form and colour of everyday objects and people around me. Painting and sketching are my  spiritual journeys. Styles of figurative, landscape and semi-abstract appeal to me. I like experimenting in all kinds of mediums, be it acrylic, charcoal, water colour or soft pastel.

Bidding adieu to my corporate avatar, I completed with a certificate of distinction, a two year online Diploma course in drawing and painting from London Art College. My journey has thus far been beautiful, reflecting my aim which is to evolve with and through art. Apart from very exciting on-site commissioned works for several corporate houses and individuals, my works have adorned the walls of people across several countries. A significant milestone has been a  favourable mention and feature of my painting  by none other than Mr. Amitabh Bachchan in his official blog.

I have had a solo Art show in collaboration with a commercial establishment  in 2018 and a solo exhibition,“ Soul Colours” at Chemould Art Gallery, Kolkata  in 2015 and two solo booth displays in Mumbai at Nehru Centre and Bombay Convention Centre, Goregaon. I have participated in over two dozen group exhibitions in the past few years across the country in Mumbai, Jaipur ,Delhi and Kolkata.  My art works and I have been featured in articles appearing in leading newspapers such as the Telegraph , Times of India – Calcutta Times and Bombay Times, Ananda Bazar Patrika and Pratidin.

Commissioned Art assignment – on-site paintings of interiors and exteriors for a boutique hotel in Mashobra ( Simla) –October 2016 ( for the premise as well as for calender illustration ). 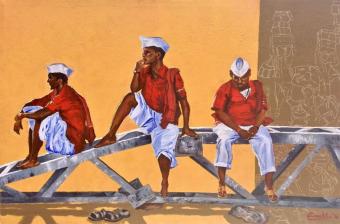 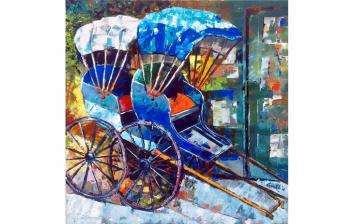 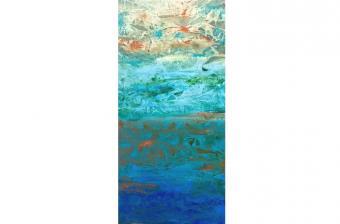